Picking back up where yesterday left off, Jared can “definitely see himself falling in love with Caila,” who he met yesterday, but I’m just out here like EVERYONE SHUT THE FUCK UP BECAUSE PRINCESS ASHLEY IS BACK.

Unfortunately, Ashley I., who we’re still calling Ashley I. even though there is no other Ashley around, is still obsessed with Jared. Upon arriving in paradise, Chris Harrison asks her, “The crying… How’s that going?” and we learn that Ashley has allowed herself exactly three cry sessions in paradise. Paradise in total was filmed over 18 days and Ashley came in late, so three cries in roughly two weeks time should be manageable for even the most emotional among us, right? RIGHT? I’ll keep a count to be sure.

Jared is completely and totally unable to hide the look on his face when Ashley arrives. He tries to emotionally prepare her for paradise by briefing her on his budding relationship with Caila With The Good Hair, and she cries immediately (1). Ashley is still infatuated with Jared and it’s clear this isn’t going away any time soon. Caila tries to talk to Ashley – apparently before paradise, Caila told Ashley she wouldn’t go for Jared, but ultimately couldn’t keep that promise. She’s super nice about the whole thing and tries to apologize, but Ashley is not having it because Caila is a “backstabbing whore.”

I love Ashley I. so fucking much, but she has got to relax. GURL. You are a regulation hottie. You reapply makeup *while* you’re crying. You are 28 and regularly get botox. Things should be going well for you! Move on from Patchee Goatee McGee and find yourself a man that will proudly shred that hymen.

In an attempt to distract herself from her misery, Ashley unenthusiastically takes Daniel on her date. Daniel is extremely intrigued by Ashley’s virginity and flat-out asks, “Are you interested in having sex in the near future?” He means tonight, with him. Ashley is actually kind of killing it on this date. Usually, she is unfathomably awkward around guys; she stutters and blurts out inappropriate shit, making it easier to believe she’s a virgin despite how hot she is. But on this date, where the stakes are low and pressure is off, she’s acting like a normal person and it’s going really well! Still determined to hang those bloody sheets from his paradise bunk bed tomorrow morning, Daniel is putting in real work with Ashley. I heard my mom scream “EWWWWW!!!!!” from upstairs when Daniel graced us with his latest and most graphic metaphor.

But just when you think we might have a love connection, Ashley is carried away by a group of Aztecs for their ritual sacrifice of a virgin. And that is *literally* the end of the date. Sure. Daniel just continues eating his food and the Aztecs are never addressed again. No explanation.

I have to admit, though, that if you’re 28 and still trying to shed your v-card, I couldn’t think of a more harmless dude than Daniel to make your dreams come true. He’s a really nice idiot. What more could a gal ask for, really? Apparently, much more because Ashley wakes up alone, sobbing (2).

Our next addition to paradise is Jen from Ben’s season! I hope she has her cute act planned out for the intro song sequence! Apparently everyone has decided that she’s SUPER FUCKING HOT now and every dude wants to enter her posthaste. She’s obviously pretty, but flew completely under the radar on Ben’s season so I’m not sure where all this enthusiasm is coming from. Anyway, Jen knows that when you’re a late addition to paradise, it’s important to get the low-down from the twins on who is fucking whom. Eventually, Jen settles on Nick for her date, even after Daniel literally offered to pay her for it. They end up having a nice, boring time together. I think even the producers got bored, because they zoomed in on Jen’s tits and held the camera steady there for roughly 4 Mississippi seconds.

Then some crabs start attacking them while they make out. Can we unleash these crabs on Amanda and Josh? If any living creature can make Josh stop moaning, it’s crabs.

Back at the paradise love shack, Evan is faking another pansy-ass injury to get Carly’s attention. He has to be taken to the “hospital” because his “ankles” are “swollen.” BITCH, WHAT? That is not an injury that warrants immediate medical attention and you certainly do not need Carly to accompany you to the hospital. For some reason, Evan needs to be hooked up to an IV in an ambulance, and his little weak arms GUSH blood the second they stick him. It’s an IV – why is there this much blood? Why is Evan so unattractive? Why is Carly starting to go for this? 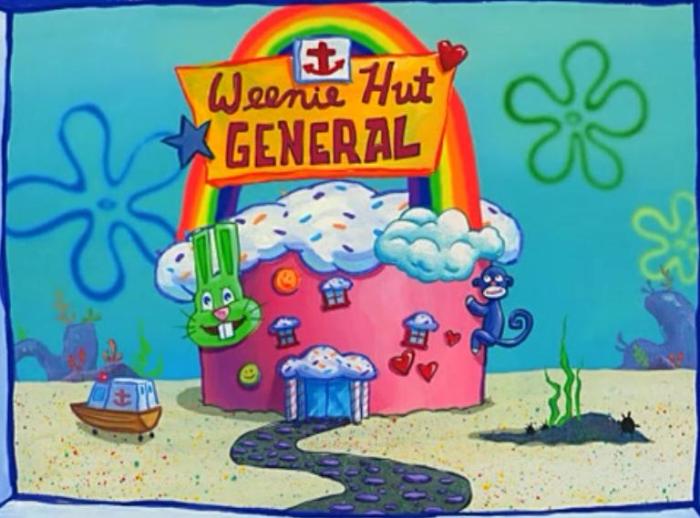 Real footage of the hospital Evan was admitted to.

We end tonight’s episode right before a rose ceremony. Ashley I. is pretty sure she’s going to be sent home, and Nick is giving her some harsh but #truu advice. Guys, I love Nick now. Also telling Ashley shit she does not want to hear is Jared, who is finally beginning to crack under the pressure. After years of being nice to Ashley throughout her open obsession with him, Jared is frustrated with being cockblocked by a virgin who can’t drive. He wants to dig into Caila’s thick head of ethnically ambiguous hair and go fucking wild. He, like Evan, deserves love. But nothing can stop Ashley from crying a steady stream of tears down those meticulously contoured cheeks (3).

That’s three cries in episode one alone, so I guess Ashley can’t cry anymore this season!